Way back in the days of Windows 95, Microsoft released a set of freeware utilities called the PowerToys for Windows 95. It included some things that were genuinely useful – like being able to right-click any folder and open a command prompt in that folder – and some stuff that was, um, less useful, like the FindX tool that added a drag’n’drop capability nobody wanted to a Find menu nobody ever used. Anyone remember FindX? Anyone…? Anyone…?

Fast-forward a few decades, and the PowerToys are back – this time for Windows 10. They’re free-as-in-beer, they’re free-as-in-speech (MIT license), and they’re really rather good. There’s two that particularly stand out for me. One is the Windows key shortcut guide – hold down the Windows key for more than a second and an onscreen guide pops up telling you all the available shortcuts: 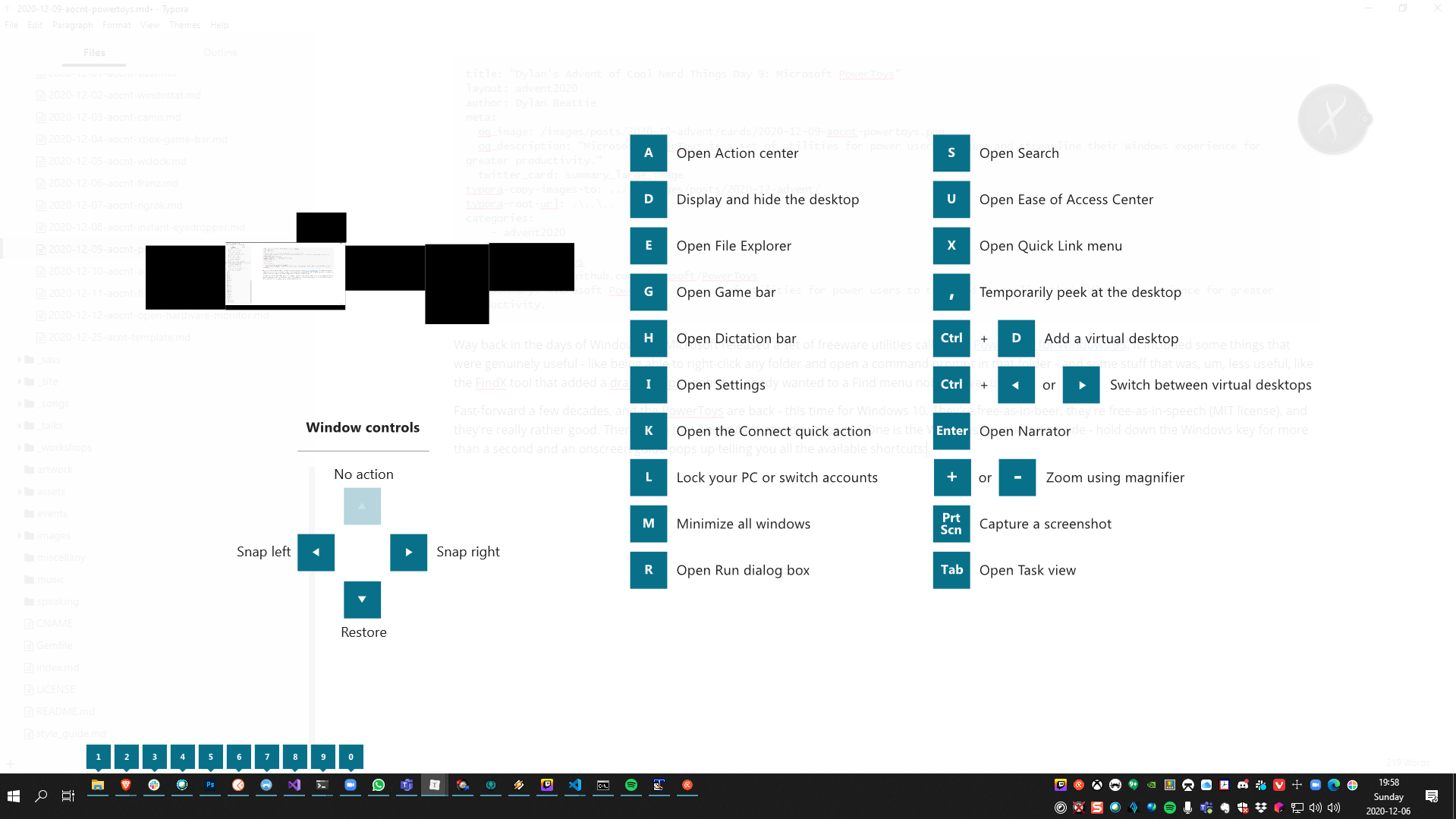 The other is the Image Resizer, a shell extension that offers bulk image resizing via a right-click context menu, which is incredibly useful when you’ve got a bunch of 20 megapixel images off your DSLR camera and you want to email copies to somebody without breaking the internet. 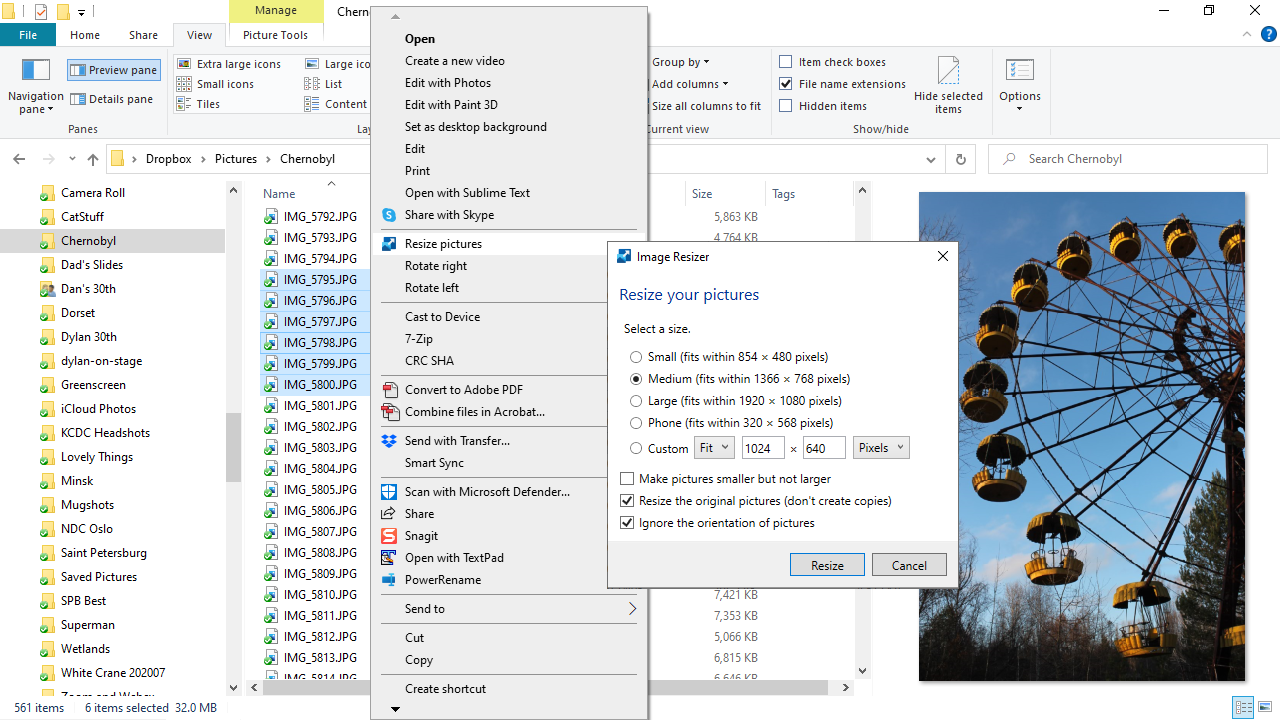 Alongside those, there are a bunch of tools for video conferencing, batch renaming files, and organising your Windows desktop – I’ve heard that Fancy Zones is fantastic if you’ve got one of those ultra-super-mega-widescreen wraparound displays. They’re definitely worth a look if you’re a Windows power user, and the PowerToys team is adding new experimental tools and utilities all the time so check back often to see what’s new.

Check them out at https://github.com/microsoft/PowerToys, or go straight to the releases page for the latest installer.