You know when you stumble across something that makes you go “wow, how did I have no idea this was a thing?” Well, I’ve run some version of Microsoft Windows almost every day since Windows 3.1, and until a few months ago I had no idea the X-Box Game Bar even existed.

If you’re on Windows, try it. Press Win-G - there’s a whole bunch of interesting things hidden in there: 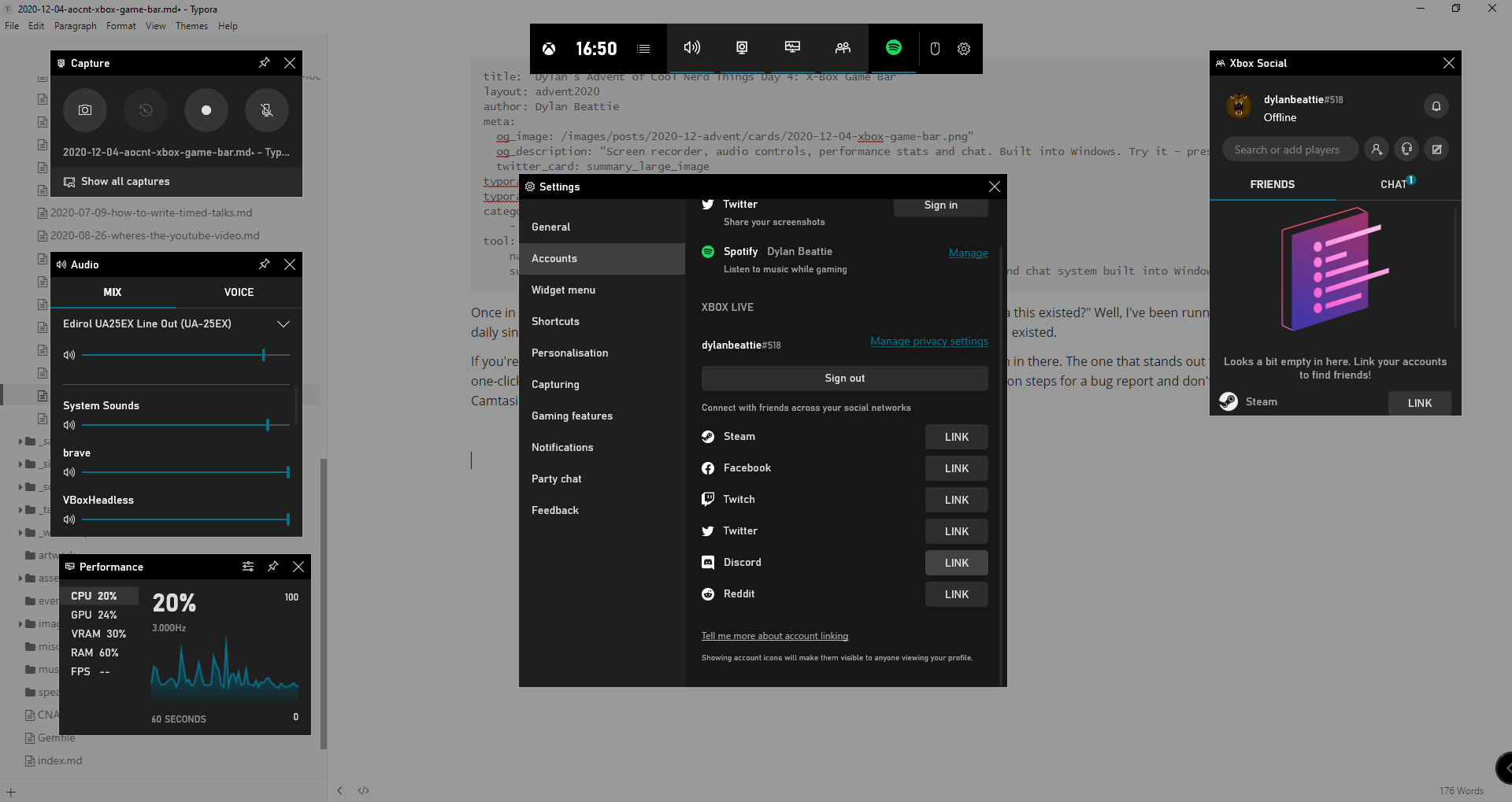 The one that stands out for me is the Capture tool - one-click screen recording, which is really useful if you need to record a demo or reproduction steps for a bug report and don’t have anything like Camtasia available. There’s also audio volume controls, CPU/GPU performance metrics, and a chat system that’ll connect to Steam, Reddit, Discord, Facebook, Twitch and various other chat services. And if you’re running Windows 10, you have all this installed already. Just press Win-G. Pretty cool, huh?