Slides and code from NDC Oslo 2015

I’m here at the Oslo Spektrum in Norway at NDC 2015, where I’ve been talking about the machine code of the web, SASS, TypeScript, CoffeeScript, bundle transformations, web optimisation in ASP.NET, ReST, hypermedia, resource expansion, API versioning, OAuth2, Apiary, NGrok, RunScope – and that’s just the stuff I actually managed to cover in my two talks. It’s been a really great few days, and huge thanks to the organisers for going to such great lengths to make sure everything has gone so smoothly.

A couple of non-software highlights that I really liked:

The slides and code samples for the talks I’ve given are up on GitHub: the repo is at https://github.com/dylanbeattie/ndc-oslo-2015 or if you want to download the slide decks directly, links are:

Front-End Fun with Sass and Coffee

The Rest of ReST

I also want to follow up on one specific question somebody asked after my ReST talk this morning, which can be  paraphrased as “are you comfortable recommending that people use HAL, seeing as it’s basically a dead specification?” An excellent question, and one that probably slightly more detailed answer than the one I gave on the spot. To put this in context, the HAL specification was submitted to the IETF as a draft-kelly-json-hal-06 in October 2013; that draft expired in 2014 and hasn’t been updated or ratified since, so I can see how you could argue that HAL is “dead”.

First – I’d disagree with that. Although the specification itself hasn’t changed in a while, the mailing list and community is still relatively active, and I’ve no doubt would still welcome engagement and contributions from anybody who wished to participate. Second – the spec still provides a perfectly valid approach. It’s a specification, not a tool or a framework, and in terms of delivering working software, if HAL helps you solve your problem then I say go go for it. Third – and I should have made this more obvious in this morning’s talk – HAL is just one of several approaches for delivering hypermedia over JSON. I used HAL in my examples because I think it’s the most readable, but that doesn’t mean it’s the best choice for your application. (Remember, one of my requirements for a hypermedia language in this context was “looks good on Powerpoint slides”.) If you’re interested, I would recommend also looking at JSONAPI, JSON-LD, Collection+JSON and SIREN. There is a great post by Kevin Sookocheff, which succintly summarises the difference between four of them – it doesn’t cover JsonAPI - and concludes “there is no clear winner. It depends on the constraints in place on your API”

Right. I’m going to watch Troy Hunt making hacking child’s play for an hour, and then head to the airport. Thank you, Oslo. It’s been a blast. 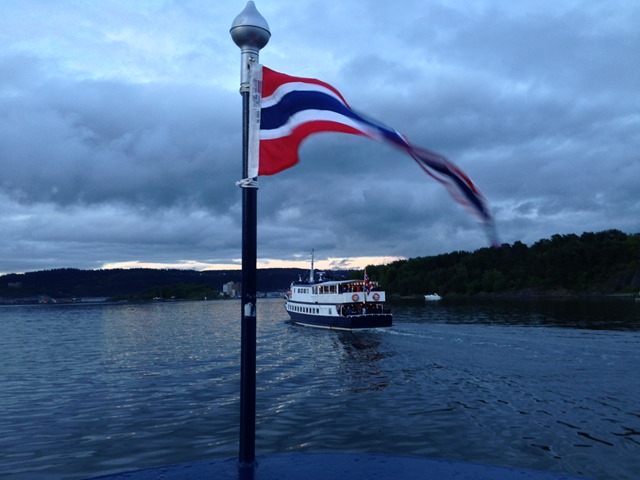