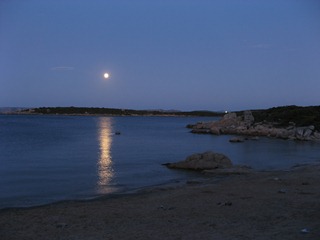 CollabNet Subversion Edge is a great Subversion distro that includes Apache 2.2 and the ViewVC web-based repo browser, and makes it really, really easy to get up and running with Subversion and WebDAV. I’m setting up a project server to host something we’re working on, and it’s been generally decided that whilst Subversion is all very well for keeping Word documents in, we’d quite like something a touch more… distributed for the actual source code repo. And when James Gregory mentioned on Twitter that git would mean “no more tree conflicts ”, I may have actually started salivating… ahem.

Jeremy Skinner has some fantastic notes on how to get git up and running with Apache 2.2. on a Windows server – I followed these pretty much to the letter to get my first incarnation up and running, but had to comment out a bunch of the Collabnet/Subversion settings in the Apache config files to get the Git server running properly. A bit of tinkering, though, and I’m pretty much there. What makes this interesting is that CollabNet includes a web-based admin console, which makes configuring the built-in modules very straightforward, but it does mean several of the config files have this rather ominous warning at the top:

so – any changes we make in there will be just peachy until someone touches the web interface, at which point BOOM! they’ll spontaneously stop working. So whatever we’re going to do, we need to do it without touching any of those files. I wasn’t sure at first whether this would be possible, but it seems to be up and running now and hanging together quite nicely.

Fire up the Apache httpd.conf file in your favourite editor – by default it’ll be in C:\Program Files\Subversion\data\conf\ – and add the following lines at the end:

# Include the configuration file for our git http hosting
Include "C:\Program Files\Subversion\data\conf\git_httpd.conf"

Now create a new document called – yep - C:\Program Files\Subversion\data\conf\git_httpd.conf – and make it look something like this:

# HTTP settings for using Apache with MSysGit on Windows
# Based on Jeremy Skinner's notes at http://www.jeremyskinner.co.uk/2010/07/31/hosting-a-git-server-under-apache-on-windows/

# Set this to the root folder containing your Git repositories.
SetEnv GIT_PROJECT_ROOT D:/Git/

# Set this to export all projects by default (by default,
# git will only publish those repositories that contain a
# file named “git-daemon-export-ok”
SetEnv GIT_HTTP_EXPORT_ALL

Check your configuration by running httpd.exe from the command line, like so:

and if all looks good, go into services.msc and restart the CollabNetSubversionServer service (which is actually Apache)

Finally, I followed Jeremy’s instructions to get GitPhp running, but then replaced it with a different project – also called GitPhp – from http://www.xiphux.com/programming/gitphp/, which provides a full repository browser, revision history, etc.

Job done. I now have:

and that’s all on one box, with two IP addresses, with the svn and git servers sharing an instance of Apache on one address, the IIS server running on the other, and DNS records pointing svn and git at the first address and IIS at the second.