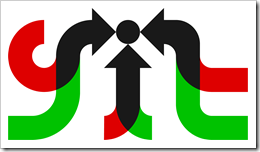 I’ve recently started working on a couple of projects that are hosted on Github, most notably the Kurejito payment gateway project for which I’m a member of the core team on an OS project for the first time (yeah, scary…)

Git is pretty cool. A bit of a learning curve but I suspect once I get the hang of frequent commits and local branching and work out how stop shooting myself in the foot it’s going to be quite hard going back to Subversion.

This started out as me just wanting a decent Windows icon for the link to Git Bash in my Start menu, I got a bit carried away, and ended up with this. And since Git appears to use a collaboratively-edited Wiki page as the closest thing it has to brand and logo guidelines, if you want to use any of these logos or icons for your Git-related shortcuts, projects or pages, go ahead. I’m not going to stop you, and I suspect they won’t, either.

or grab the whole package as git_icon_and_logo.zip